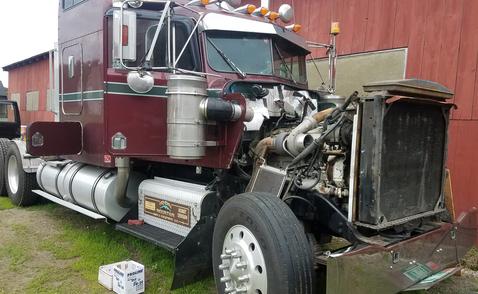 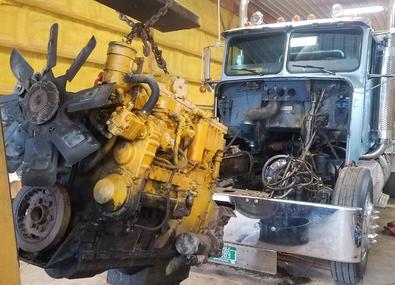 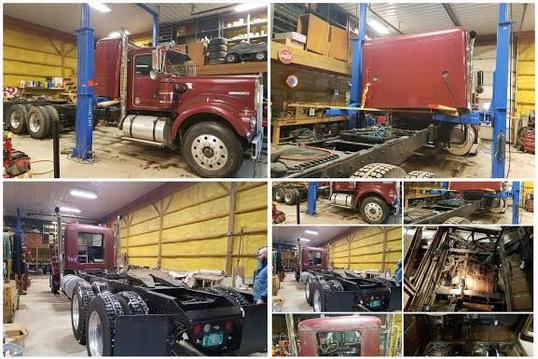 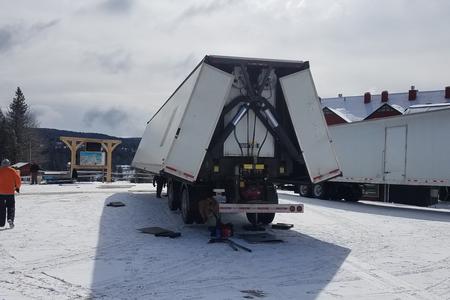 June 8th, 2018...beginning of a few weeks of engine upgrading in the 1978 KW. The original engine failed finally after 40 years of service, so we pulled the engine out of the blue 1982 Freightliner seen here, and replacing the KW engine with an updated Caterpillar 3406B 400 HP motor, replacing the old,  3406A PCTA from the KW with the Freightliner engine. A nice improvement from the old engine. 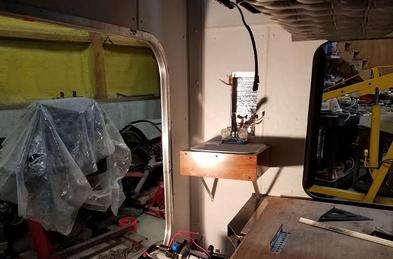 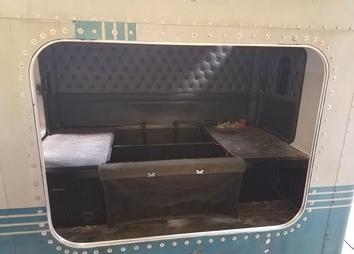 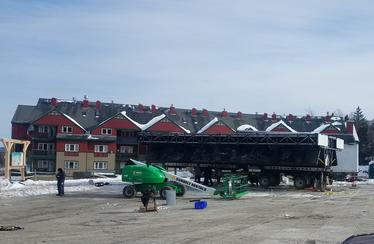 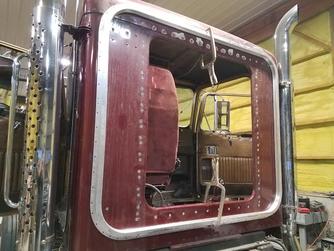 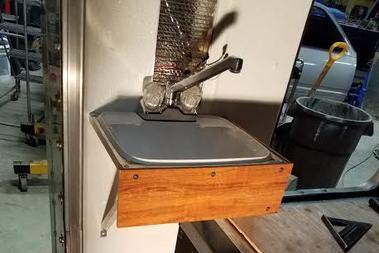 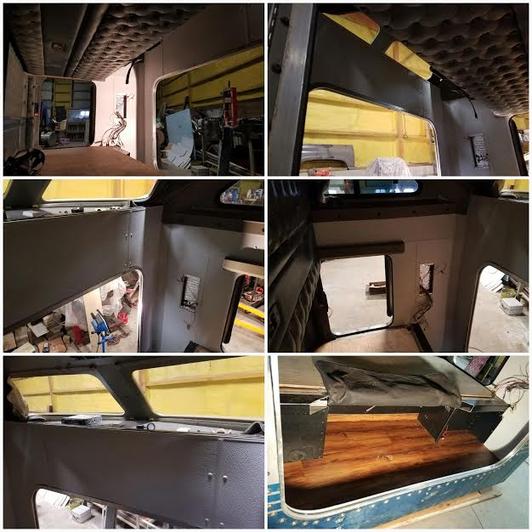 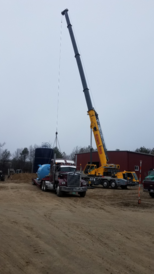 ​Below, the KW "sit-in" hole for the 36" sleeper. Then we clamped the Peterbilt Unibilt frame ring to the cab and scribed the opening. We made the decision to remove 7.5" of height out of the frame to eliminate cutting the fiberglass roof cap. 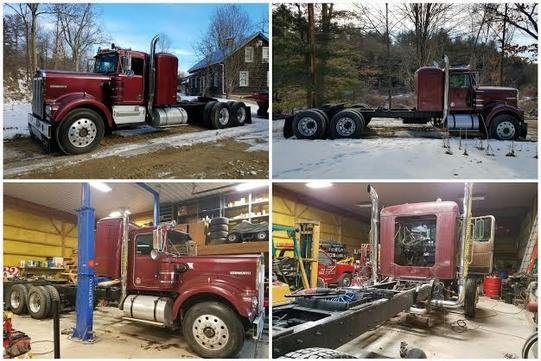 ​In Kutztown, Pa. the official first trip since the restoration, loading a Massey Ferguson baler bound for Connecticut in April, 2017. 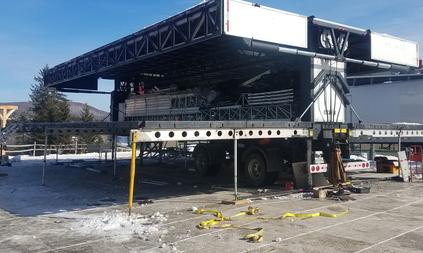 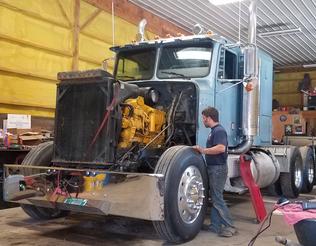 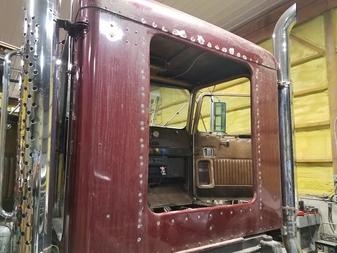 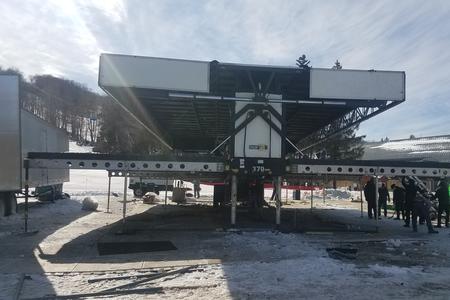 Removing 36" sleeper with the lift...then doing all of the necessary changes to the cab and sleeper for the Peterbilt Unibilt frames for the boot to seal the weather out. End result is a nice, large opening that allows the seats to protrude past the back wall of cab, adding valuable legroom. 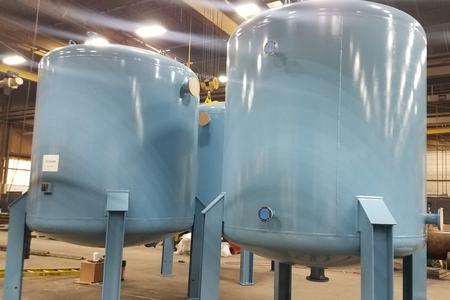 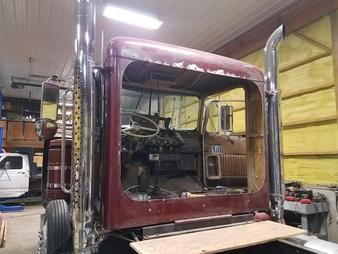 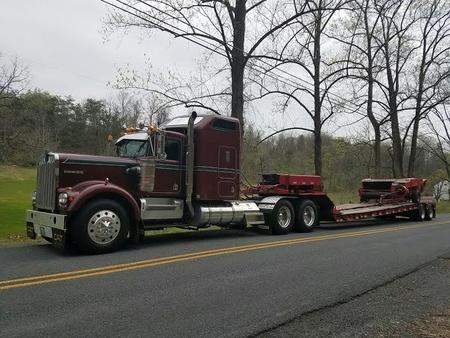 ​Moved a Timberjack 240 skidder from Dummerston, Vt. to Sterling, Mass. in May 2017...keeping the loggers working! 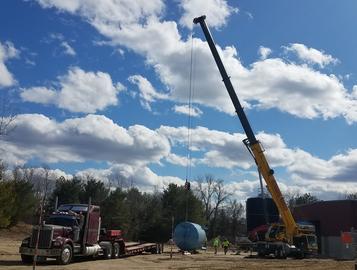 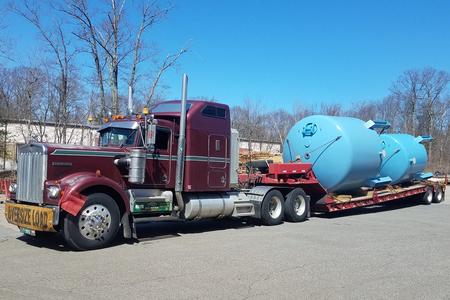 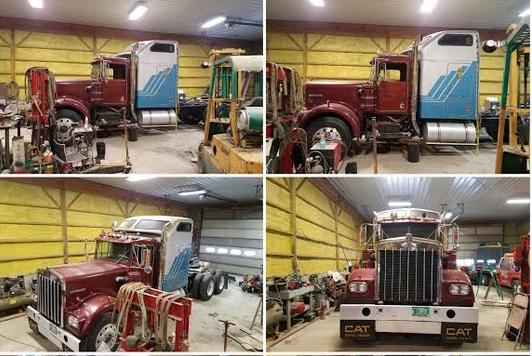 We've put this sleeper on and off the frame at least 4 times, to dry-fit it for measurements and mounting locations to drill frame, etc. Looking forward to the LAST time it will go on for good...

Brought this 1978 W900A home on January 29th, 2017 from New Jersey. The specialized work we do required a bit of reconfigurations to certain elements, such as removing the small 36" sleeper and replacing with a bigger, roomier 60" stand up sleeper. Then as we dug into the project, as with any old resto job whether it be a home, vehicle or boat...one thing always leads to 3 others. Discovered the factory KW floorboards which are 1" thick marine plywood from the factory were rotted from 38 years of age. So, those were ripped out and replaced with new. While the floor was wide open, access to the top of transmission and all those 38 yr. old crispy airlines was easy, so all of them were replaced with new nylon line and fittings. Everything underneath the floor is new now, worry-free for years to come.

Left; Underneath the cab, fastening insulation to floorboards will greatly reduce noise and heat transfer, and keep it warmer in winter as well.

New radiator on it's way on 6-18-2018 as well...some really nice improvements on the horizon for a 40 year old workhorse that still earns her keep.

​April 2nd, 2018; Brought this Stage Line mobile stage up to Mount Snow, Vt. for the crew to assemble for a concert. 4-9-2018; Went back to retrieve it and bring to another location in Vermont. Amazing transformation in shape and size! 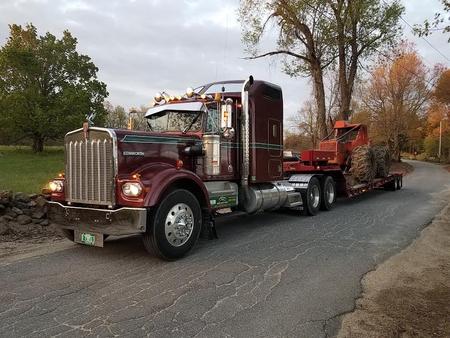 Gutted and rebuilt this 1986 Kenworth Aerodyne II 60" sleeper, and reconfigured it a bit with a Peterbilt Unibilt opening in the sleeper and cab for more driver and passenger legroom by allowing the seats to slide back into the sleeper further, instead of hitting the back of the cab wall as usual. We made a plywood hatch on hinges to allow access to the undernath storage area of the bed, thus adding a few extra square feet of valuable storage.

The interior upholstery was mouse infested, so it was ruined except for the remaining panels. White fiberglass sanitary wall board is now in place for ease of cleaning, brighter, and nice, clean look. A small RV sink, water tank and pump will be installed Monday 3-5-2017 for the convenience of washing hands and stuff while on the road. 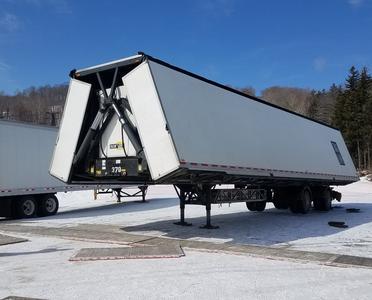 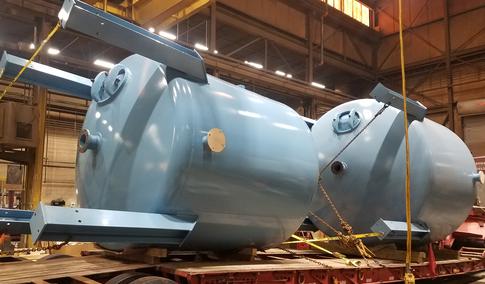 While accessible with engine out of chassis, it was the perfect opportunity to insulate the firewall and underside of cab/floorboards with a double layer of foil-sided insulation combined with a layer of pink fiberglass sandwiched between the foil sided material, creating pre-made panels that were fastened to the cab and floor. Should reduce noise and heat/cold considerably.

A new pyrometer and water temp gauge going in, some new air lines while they're easy to get at, and whatever else it looks like we should change or improve while waiting for the engine to arrive back from the rebuilder. Hopefully that will arrive on or around 6-18-18 or thereabouts.